Love is in the air – and we want to find out more about Valentine’s Day!

Valentine’s Day – an opportunity to express your love for that special person in your life (or maybe the one you’d like to become that special person in your life) or a shamelessly cynical exercise in consumer exploitation? Well, love it or hate it, every February sees shops stacked high with cards covered in red hearts, boxes of chocolates, bouquets of red roses (12 of course!) and cute teddy bears sporting t-shirts with lovey-dovey messages. 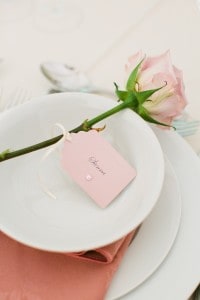 Of course, Valentine’s Day isn’t just an idea conjured up by a clever marketing team. The day is named after Saint Valentine. No one knows absolutely who Valentine was; there are a number of stories associated with martyred saints named Valentine or Valentinus, but the most popular story dates back to the third century. According to the history books, a priest from Rome was discovered to be secretly marrying Christian couples. This was in direct opposition to a decree outlawing marriage issued by Emperor Claudius II, who believed that single men made better soldiers than those encumbered by wives and children. Valentine was arrested and Claudius ordered his execution. Needless to say, the details of Valentine’s death are suitably gory and the date of his execution was 14 February.

Legend has it that, whilst in prison, Valentine fell in love with his jailor’s daughter and that he sent her a letter signed ‘from your Valentine’. Of course, no one knows whether there is any truth in that, but fast forward to the year 496 and Pope Gelasius I established the feast of St Valentine in the priest’s memory. Ever since then, St Valentine has featured throughout the centuries as a romantic figure. During the Middle Ages, it was believed that 14 February was the beginning of the mating season for birds, a belief that added a further layer to the notion of that particular day being romantic. 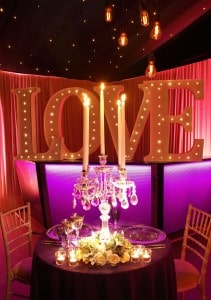 Valentine greetings became popular long before Clintons Cards appeared on the high street. One might think of the Victorian era, given that many Christmas traditions appeared during that time. However, the oldest known valentine message dates back to 1415, when the Duke of Orleans, captured during the Battle of Agincourt and imprisoned in the Tower of London, wrote a poem to his wife – who would have known! The tradition of sending tokens of love on Valentine’s Day really took off in the 17th century, and in 1841, a year after the invention of the postage stamp, 400,000 Valentine’s cards were sent.

As for chocolates as a suitable gift, we can probably blame Cadbury who introduced a heart-shaped box of chocolates in 1868. And giving roses was definitely popularized by the Victorians – red, obviously, because red represents passion and true love, as well as enjoying an association with the goddess Venus.

Can’t help feeling romantic now?
We reckon there will be a fair few people popping the question on Valentine’s Day. So if you do, remember that the next big thing to do is start planning that wedding!

We’re ready to start chatting about your perfect wedding day – call us on 020 3893 2803 or email sales@inside-outside.co.uk to find out about our wedding marquees.

Garden parties! What better way to celebrate the B

Let’s get that party started! 🌄💫 Get in

Sun setting on a stunning example of one of our ma

Lovely venue for a traditional marquee! Get in tou